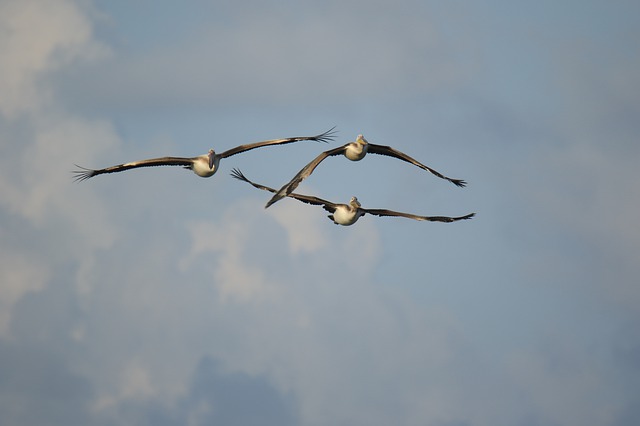 Theatre Manager has created a process to offer patrons who wish to unsubscribe from certain types of eblast communications. The Unsubscribe Management process is comprised of a few easy setup steps:

When the patron opens the email, they can choose to click the unsubscribe link. Doing so marks the patron as Unsubscribed in the Empty Mail List on the Who’s In Tab. Mail Lists with Unsubscribed patrons can also be used as remove criteria for future communications. An organization might consider having multiple unsubscribe mail lists based on specific topics instead of one big generic list. 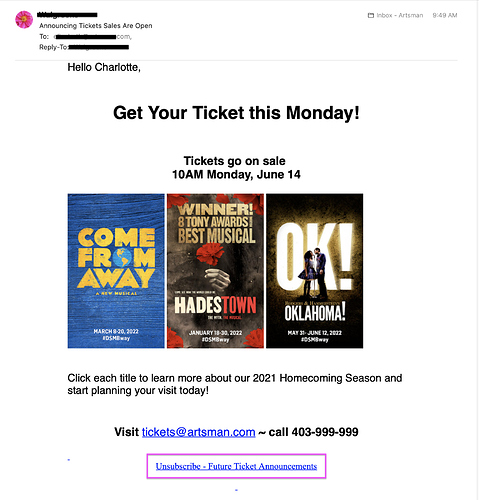 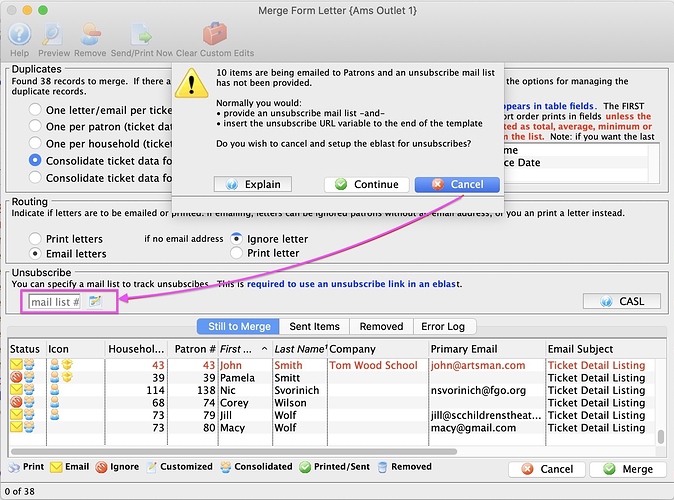 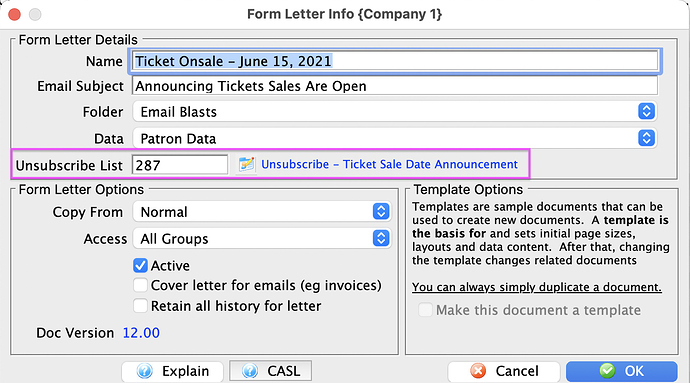 Mail Lists are able to track when a patron unsubscribes themselves. Patrons will remain on the Mail List, marked with the date that they unsubscribed. A quick glance at the Icon or Source columns on the Who’s In Tab will indicate which patrons have self unsubscribed. Patrons on an Unsubscribed Mail List can be excluded from receiving future emails by using the Marketing Patron Belongs to Mail List – Unsubscribed From field within search criteria.